Hold on tight, we are coming in for a crash landing!

Yes, that is what I said.  Our time machine is about to crash land into the year 1849 and the day is September 17.  When I open these doors, you need to follow me because what we are about to see, if we aren’t careful, could end up being the last thing we both ever see.

Okay, we are here. We should be safe behind these trees.

Quickly, look up and to the right of where we are. Wow, don’t stand up, just look up. Remember, we don’t want to be seen.  The woman you see running in the distance is trying to avoid being seen by slave catchers.

Her name is Harriet Tubman.

She was born into a family of slaves where she was constantly beaten and forced to endure very poor living conditions.  Although she grew up ignorant to the reality and feeling of being free, it doesn’t stop her from thinking big: she believes she is destined for something great and is determined to escape the chains of slavery.

She has been planning this escape from Poplar Neck Plantation (Maryland) with her two brothers for a while.  Unfortunately, not too long before we got here, her brothers decided to turn back.  As for Harriet (Minty), she is determined to become a free woman.  She believes that there is one of two things she has a right to, liberty or death. If she could not have one, she would have the other.

Notice how she is looking up at the sky; do you know why?

It’s because she uses the North Star to travel by night.  Her goal is to connect with the Underground railroad: a network of secret routes and safe houses established in the United States during the early to mid-19th century, and used by enslaved African-Americans to escape into free states and Canada.  She will be successful in covering the approximately 90 miles to reach Philadelphia, Pennsylvania (a free state) where she will work in hotels and club houses.

if Harriet’s story ended here, her accomplishment would be seen as remarkable… but it doesn’t end here.

Harriet’s next move will be what many would consider one of her boldest.  Serving as a conductor of the Underground Railroad and over 13 expeditions, she will go on to rescue at least 70 more slaves, including her family members.  That’s right, she heads back to Maryland, the place from where she escaped, to help her family and others escape.

Would you do that?

Not only will these trips be dangerous but the chances of getting caught will significantly increase because of newly enacted laws; but to Harriet, it won’t matter.

If this was Harriet’s final accomplishment, she would have carved out her own place in history as a heroine.  In fact, many during her time called her “Moses” – their Moses.

But again, this isn’t her final accomplishment.

She is going to work as a Union Scout and Spy during the Civil War. In fact, she is going to become the first woman to lead an armed assault (June 1 and 2, 1863).  After this, she will go on to be a main voice in the women’s suffrage movement: a decades-long fight to win the right to vote for women in the United States.

What an incredible woman!

What an incredible person!

What an incredible human being!

She believes what she believes and the fervour with which she owns her convictions, fuels the boldness within her to act.  Her courage and ability to be bold in situations where most men and women would fold under the pressure is one of the many things that makes her such an incredible woman.  She doesn’t just Think BIG, she is also willing to Be BOLD in the face of seemingly unsurmountable challenges and obstacles.    Most of all, she is willing to act… and ACT NOW!

Imagine if she didn’t Think BIG, believing she could be free, and instead, accepted how people viewed her at the time – a slave and less than a person.  Imagine if she wasn’t able to Be BOLD in the midst of her fears and return to help her family and others escape to their freedom.  Most of all, imagine if she decided not to act on pursuing her dream of freedom in the first place.

Do you think the possibilities of her escaping; helping her family and others escape; becoming an underground conductor; being the first woman to lead an armed assault during the civil war; and being a main voice in the women’s suffrage movement would have happened?

No, and I challenge anyone to show me otherwise.

Do you know what made all her achievements possible?  It was her ability to Think BIG, Be BOLD and ACT NOW about pursuing and achieving her dream of freedom.

What does it mean to Think BIG?

What does it mean to Be BOLD?

What does it mean to ACT NOW?

Be BOLD means looking in the mirror and making a promise to yourself that you are going to do whatever it takes to overcome the obstacles and challenges that may have prevented you from pursuing and achieving this dream or goal.  This includes confronting and dealing with any fears, habits, beliefs etc. that have held you back from becoming all you ever wanted to be. It means no longer allowing your dream to be held captive and suppressed by your perceived inadequacies. Instead, you are going to allow your burning desire to accomplish this dream or goal take you where it wants you to go.

ACT NOW starts with asking yourself what the first step to the path of realizing your dream or goal is and taking that leap. ACT NOW is about identifying what things you need to do to achieve this dream or goal, regardless of how impossible it may seem. You may need to learn new skills and reach out to people who can help you develop professionally or personally.  ACT NOW is about being committed to taking one step per day towards making this dream or goal a reality.

If you feel like you are living “all bottled up” but wanting to be free to live life, and not have life live you, then I challenge you to Think BIG, Be BOLD and ACT NOW about your dreams.

Remember that possibilities are endless when you act. If you feel like giving up because these possibilities don’t appear as soon as you would like, consider the words of Harriet Tubman:

Have you ever achieved a dream or goal when almost everyone else thought you wouldn’t?

If you have, I would love to hear how you did it.

I would also love to hear what you thought about this blog.

To do this, please visit our FACEBOOK page.  Before I tell you more about UP’s mission, I want to share with you the title of our next blog (4/12).  It is called: 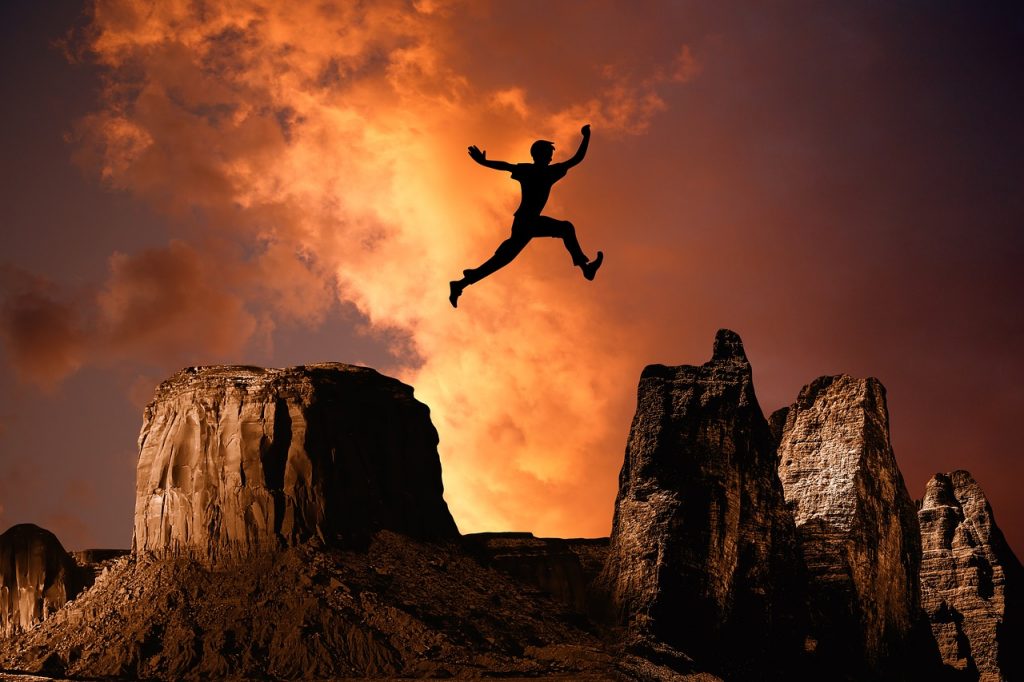 Here’s your call to action: Give Your Dream a Chance

Get off the sidelines of procrastination and self-doubt and get in the game!

Come join and help Unleashed Possibilities (UP) build a global community whose goal it is to bring the world together by inspiring, motivating and encouraging 8 million people globally to Think BIG, Be BOLD and ACT NOW towards pursuing and achieving their dreams and goals.

Yes, I know it sounds crazy especially the part about bringing the world together, but before you allow yourself to think this is all pie in the sky, let me ask you one question:

What is the commonality among the following?

If you guessed they all in some way brought the world closer together, you would be correct.

In some way, each one of the inventors and activists allowed us to reach out to millions of people through their inventions, discoveries, social activism and so on.  In other words, they brought the world closer together.  So why can’t you and in your own way?

Okay, Unleashed Possibilities, I am going to give my dream a chance; how do I get started with your challenge to Think BIG, Be BOLD, ACT NOW towards pursuing at least one of my dreams and goals?

Congratulations!!  Imagine where all this can lead!

To get started and register for this challenge, visit our Facebook page…Think BIG. Be BOLD. ACT NOW

“Do what you can with what you have wherever you are”